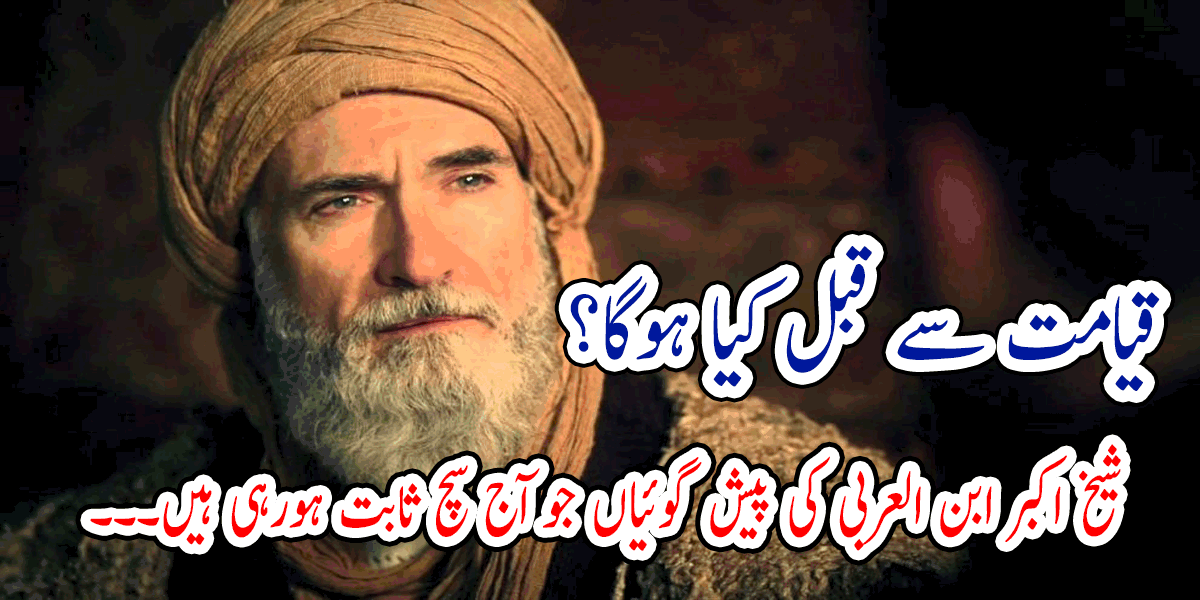 Who was Ibn-e-Arabi, Who appeared in Dirilis Ertugrul

Ibn-e-Arabi was a visionary Sufi, a poet, a thinker, and an intellectual scholar. His full name is “Abu Abdullah Muhammad Ibn Ali Ibn Muhammad Ibn Arabi Al-Hatimat-Tai”. He affected the Muslim world with his exceptional works. Ibn-e-Arabi was born on 26th July 1165 CE, in Murcia, Spain. Ibn-e-Arabi was contemplated a saint and also popular with the names “Shaykh Al-Akbar (The greatest Master)” and “Muhyiddin (The reviver of religion)”. Ibn-e-Arabi belonged to An Arabian tribe Tayy. His mother was a North African Afro-Asiatic.

The father of Ibn-e- Arabi was a government retainer under the reign of Muhammad Ibn Said Ibn Mardanish, who was the king of Murcia at the time. After the demise of Ibn Said in 1172 CE, his father transferred his services to Almohad Sultan Abu Yaqub Yusuf l and he arrived in Seville along with his family members. Ibn-e- Arabi consumed there almost 30 years of his life. He was also given army training there. He moved to entire Spain and Africa in the search of great mystic advisers to get knowledge. During that period, once he came across the great Aristotelian thinker Ibn Rushdin Cordoba. Ibn Rushd was greatly influenced by his mystic deepness. Later, Ibn-e-Arabi traveled to Morocco in the city Fez where Mohammad Ibn Qasim Al-Tamimi became his religious adviser. Also Read,

In 1198 CE, he said goodbye to Murcia and started his journey towards East. First of all he started his religious journey to Mecca (Hajj) in 1201 CE after which he began his vital work “Al-Futuhat al-Makkiyyah (The Revelations of Mecca)” which was published after much time in Damascus. It is comprised of incidents of Ibn-e-Arabi about the abstruse science in Islam and also the information regarding his life. He stayed for almost three years in Mecca. During that time, Ibn-e-Arabi also familiarized with a girl of prominent beauty. He made immortal her memories in a collection of poems “Tarjuman al-Ashwaq (The Interpreter of Desires)”. Owing to this he also had to face disputes. In the same year 1201 CE, he then traveled to Egypt and then to Anatolia where he encountered with Sadr al-Din al-Qunawi in Konya. Al-Qunawi became his heir in the east. In the same way, after traveling to Baghdad and Aleppo, Ibn-e-Arabi reached Damascus and a long religious journey came to an end in 1223 CE, but this left long-lived popularity spread throughout the Islamic world. And those were the days when his vital work in mystical thinking “Fusus al-hikam (The bezels of Wisdom)” was constituted in 1229 CE. “Fusus al-hikam” has also been converted in Urdu language by the Ibn-e-Arabi foundation in Pakistan in 2015 CE. Ibn-e-Arabi passed away on 16th November 1240 CE, and buried in Damascus, Syria.

Who was Ibn-e-Arabi | Short Video